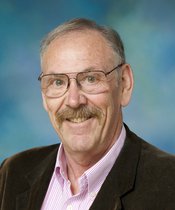 Julian M. Alston is a distinguished professor in the Department of Agricultural and Resource Economics of the University of California at Davis, where he teaches graduate and undergraduate classes in microeconomic theory and the analysis of agricultural markets and policies. At UC Davis, Alston is a member of the Giannini Foundation of Agricultural Economics and serves as the director of the Robert Mondavi Institute Center for Wine Economics and as associate director for science and technology policy at the University of California Agricultural Issues Center.

Alston was raised on the family farm in northern Victoria, Australia. At some stage in his teenage years, between working on the farm and spending time at Numurkah High School, Julian discovered that he was ill-suited to the provision of farm labor, the operation of complex machinery, dealing with large animals, or the supervision of itinerant workers. He abandoned the farming life in favor of the city and more school. He earned a Bachelor's degree in Agricultural Science from the University of Melbourne, a Master's degree in Agricultural Economics from La Trobe University, and a PhD in Economics from North Carolina State University, all with the support of the Victorian Department of Agriculture.

Prior to beginning in his current position in 1988, Dr. Alston had served for several years as the Chief Economist in the Department of Agriculture and Rural Affairs in Victoria, Australia, where he had been employed in various capacities since 1975. Alston’s experience in public policy analysis and advice, and administration of a large scientific organization shaped his research interests in the economic analysis of agricultural and food policy.

Recent projects have emphasized science & technology policy and the economics of agricultural innovation; and food & nutrition policy, and the global challenges of poverty, malnutrition, and obesity. He has written hundreds of academic journal articles and chapters related to these subjects, as well as numerous (co-authored) books, notably Science Under Scarcity: Principles and Practice for Agricultural Research Evaluation and Priority Setting (1995), Persistence Pays: U.S. Agricultural Productivity Growth and the Benefits from Public R&D Spending (2010), and most recently The Effects of Farm and Food Policy on Obesity in the United States (2017).