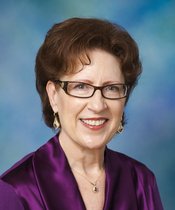 The December 1994 devaluation of the Mexican peso relative to the dollar has had a big effect on the volume of fresh produce traded between our countries. U.S. government statistics from the Foreign Agricultural Service of the U.S. Department of Agriculture (USDA/FAS) provide some insight into the magnitude of the effects.

U.S. Horticultural Imports from Mexico Increase in the Wake of the Devaluation

As can be seen from Table 1, the U.S. imported $1.477 billion worth of horticultural products from Mexico during the first seven months of 1995 compared to $1.217 billion during the same period of 1994. This represents a post-devaluation increase of 29.5 percent.

In contrast, for the first full year of NAFTA's implementation (calendar year 1994), the value of Mexican horticultural exports to the U.S. increased by only 7.8 percent relative to the prior year. Since tariffs for many products are being phased out very gradually (up to 15 years for C+ commodities), the initial trade effects of tariff reduction were minimal. Not surprisingly, so far the devaluation has provided a much bigger stimulus to Mexico's horticultural exports than has NAFTA.

Half of all Mexican fruit and vegetable exports come from the state of Sinaloa, located in northwestern Mexico. Sinaloa mainly exports in the winter season, primarily vegetables, and fresh market tomatoes are the number one export crop.

The Sinaloa tomato industry has adopted new varieties and more advanced technology (such as drip irrigation and fertigation) which have significantly increased yields and quality. Sinaloa vine-ripe fresh tomato export production is now comprised entirely of Israeli and Dutch varieties with greater firmness and shelf-life, commonly referred to as Extended-Shelf-Life tomatoes (ESL's). While both the seed and the technology is significantly more expensive than what Sinaloa growers were accustomed to in the past, the yield differential (relative to traditional varieties and cultural practices) is substantial, enabling growers to keep per unit production costs under control. In addition, commercial U.S. buyers are responding favorably to the new, higher quality Sinaloa vine-ripe tomatoes, improving the U.S. demand picture for Sinaloa growers.

In other words, the Sinaloa fresh market tomato industry has undergone fundamental changes which improve its long-term competitiveness, with or without NAFTA and the devaluation.

While the peso devaluation may have increased the cost-competitiveness of the Mexican horticultural export sector, the benefit has been far less than the magnitude of the devaluation itself. Since many of the costs of growing and exporting fresh produce in Mexico are denominated in dollar terms, much of the horticultural export sector can be described as dollarized. This is especially true for the vegetable export sector. For example, many production imports are imported and paid for in dollars (e.g., cartons, pesticides, fertilizers, drip irrigation materials and production, pre-cooling and packing equipment), and export costs (e.g., border crossing costs, duties, transportation, selling and other marketing costs) are also in dollars. For fresh market tomatoes it is estimated that only about 20 percent of the total cost landed on the U.S. side of the border (FOB Nogales, Arizona) are peso denominated costs that benefited from devaluation.

Indeed, many exporters report that even this cost saving was more or less negated by the dramatic increase in interest rates and financing costs that occurred post-devaluation. Growers also expect that wages will soon have to be raised given the increase in the cost of living that Mexico has experienced in the aftermath of the devaluation.

Hence, while Mexican grower/exporters are no longer operating with the disadvantage of an overvalued currency relative to the dollar, the net benefits of devaluation are not nearly as great as the magnitude of the devaluation. The crops benefiting most from the devaluation are those with higher labor components, such as green onions and radishes (both bunched crops) and those horticultural crops that rely less on imported inputs, such as some tropical fruits.

U.S. Exports to Mexico Decline after the Peso Devaluation

On the export side, U.S. horticultural exports to Mexico declined 40.5 percent, from $232,564,000 in the first seven months of 1994 to $138,189,000 during the same period of 1995. This decline is not surprising given that 1994 was a record year for U.S. horticultural exports to Mexico. In 1994, NAFTA's first year of implementation, the value of U.S. horticultural exports to Mexico increased 40.3 percent relative to 1993. This dramatic export growth was in part stimulated by the over-valuation of the peso -- an artificial market condition. Nevertheless, it should be noted that total 1995 exports are still expected to be well above 1992 exports to Mexico. Mexico has stood by its commitment to trade liberalization under NAFTA and as economic growth returns and consumer buying power improves, U.S. exports to Mexico should recover. Over the longer term, the outlook for U.S. exports is especially favorable due to several factors, including: 1) the growth in the Mexican chain store sector and its demand for standardized, high quality products with continuity of supply; 2) the competitive advantages of the U.S. tree fruit industry relative to Mexico; 3) the young and rapidly growing Mexican population; 4) eventual tariff elimination under NAFTA; 5) liberalization of the North American trucking industry under NAFTA; and 6) closer commercial ties between U.S. exporters and Mexican importers and chain stores.