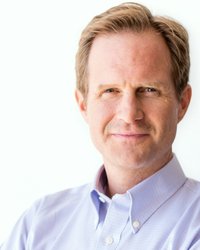 Shedding an Oppositional Identity: Religiosity and Educational Attainment Among the Roma

The Roma have faced poverty, discrimination and, at times, enslavement and extermination since
immigrating to Europe from India in the early 12th century. Staggering persistent disparities between
Roma and non‐Roma throughout Europe have prompted recent integration initiatives. Drawing on a
conceptual framework suggested by the literature on oppositional identity, aspirations, social capital,
and the economics of religiosity, we explore the impacts of religious engagement on the integration of
this marginalized population into broader society as captured by increased educational attainment.
Using data from 12 Eastern European countries,we estimate the reduced form effect of religiosity on
education with an instrumental variable (IV) approach that leverages exogenous variation in communist‐
era religious restrictions and proximity to Istanbul and Vienna, the capitals of the historic Ottoman and
Habsburg empires, respectively. We find that higher parental religiosity significantly increases child
educational outcomes. Results indicate that religiosity also closes the gap between Roma respondents
and their non‐Roma neighbors for beliefs and other indicators. A placebo test among non‐Roma
households reveals no similar religiosity effects on educational outcomes of non‐Roma children. These
results suggest that religious engagement can soften an oppositional identity in favor of alternative
norms that might ultimately improve prospects for the Roma.