Daniel A. Sumner Recipient of 2022 CAES Award of Distinction 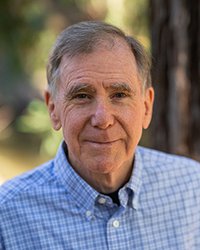 ARE Distinguished Professor Daniel A. Sumner is being honored among faculty with a 2022 College of Agricultural and Environmental Sciences Award of Distinction.

The Award of Distinction is the highest recognition presented by the college to individuals whose contributions and achievements enrich the image and reputation of the college and enhance its ability to provide public service.

Growing up on his family farm in Suisun Valley and joining 4-H and Future Farmers of America gave Sumner an early taste of the economics of California agriculture.

Sumner teaches and conducts research on the economics of agriculture, food and related markets, including recently, cannabis. In 2022 he co-authored with Robin Goldstein a book titled, “Can Legal Weed Win?: The Blunt Realities of Cannabis Economics.”

Before joining UC Davis faculty, Sumner served as assistant secretary for economics with the U.S. Department of Agriculture and was a senior economist for the President’s Council of Economic Advisers.

“He is fearless in presenting his conclusions based on his deep understanding of the realities of agriculture and the combination of policy, business operations, markets and finances.”