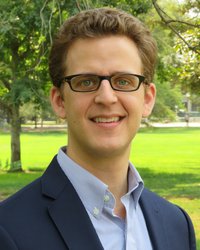 The article, co-authored by UC Davis ARE Assistant Professor Mark Agerton with Gregory B. Upton, Jr., appeared in the International Association for Energy Economics Energy Journal. Over the past decade, the primary U.S. crude benchmark, WTI, diverged considerably from its foreign counterpart, Brent, sometimes selling at a steep discount. Some studies pointed to the ban on exporting U.S. crude oil as the main culprit for this divergence. The study found that scarce domestic pipeline capacity explains half to three-quarters of the deviation of mid-continent crude oil prices from their long-run relationship with Brent crude. It was unable to find evidence that mismatch between domestic refining configurations and domestic crude characteristics contributed significantly to the deviation. This implies that the short-run deleterious effects of the export ban may have been exaggerated.