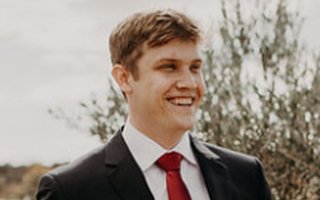 "Drinkers prefer Big Beer keeps its hands off their local craft brews," by Jarrett Hart, Ph.D. student in the UC Davis Department of Agricultural and Resource Economics (ARE), was published in The Conversation, an academic journal.

"Craft beer's popularity has exploded in the U.S. in recent decades, leading to soaring production and the creation of thousands of new breweries," Hart writes. "Much of that growth has come at the expense of traditional brewing giants like Anheuser-Busch InBev and MillerCoors. So, naturally, these macro brewers have been trying to get a piece of the action by buying up their craft counterparts. ... But since a major appeal of craft beer—and a drinker's willingness to pay a premium for a pint—is its localness and non-bigness, does being what I dub 'crafty' beer owned by Big Beer spoil the brew?"

Hart's most recent research occurred at a bar, University of Beer, in Davis, where he recruited 301 patrons for an experiment.

Click here to read the article, and find out how Hart conducted the experiment, learned to define "local," sorted participants, and was able to define an accepted premium for "local" and "crafty" brews.