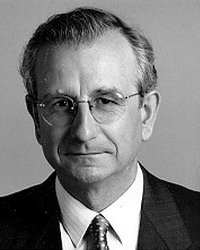 Quirino Paris grew up in Italy and came to California as a PhD student at UC Berkeley in 1963. He then joined the UC Davis faculty, where he spent his whole career. Quirino was an academician’s academic in that he went to the core of the subject, working with legendary passion and persistence, and never taking shortcuts. He won the award for Quality of Research Discovery at the American Agricultural Economics Association, and was a Fellow of the Association. His fields were microeconomics, mathematical economics, econometrics, and mathematical programming. Throughout his long career, he published substantial and original contributions to both the methods and application of optimality and production models, duality, symmetric systems, and entropy, and the influence of his work is evident in the research of his colleagues. He published in a wide diversity of journals, from the American Journal of Agricultural Economics to Encyclopedia of Soil Science. Even after officially retiring, he taught up until this last year with an infectious enthusiasm and a concern for students. As a colleague, Quirino had a deep love for the ARE Department at Davis and was a generous and stimulating co-investigator on research projects.