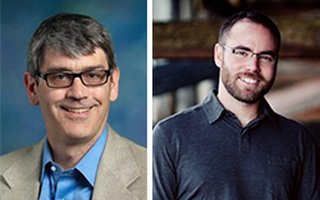 In an article titled "More solar power hurts nuclear energy. But it also hurts itself," The Economist references a research paper by James Bushnell, a UC Davis professor in economics and agricultural and resource economics (ARE), and Kevin Novan, an ARE assistant professor.

The article brings up how Bushnell and Novan's paper underscores the challenge that renewable energy poses for nuclear and other sources of baseload power, such as coal.

"It shows that average output at noon from big solar farms in California increased tenfold between 2012 and 2016," the article states. "This has had a big impact on wholesale power prices. The average real-time price around midday has dropped sharply, whereas after sundown average prices have increased. The more solar capacity is installed, the authors find, the worse for baseload generators—that is, those that produce electricity around the clock. The new energy mix rewards gas turbines that can be turned on for a few hours to satisfy peak demand in the evening. But because additional solar capacity will produce power at times where there is already a glut, returns to further investment in solar capacity will decline. This points to a big flaw in state mandates, such as California's, which assume that investment will pour into renewables even if market prices are low. The authors favour a price on carbon instead (California already has a "cap and trade" scheme), which would help spur investment in clean-energy provision at times when the sun is not shining."

Click here to read "Setting with the Sun: The Impacts of Renewable Energy on Wholesale Power Markets" by Bushnell and Novan.