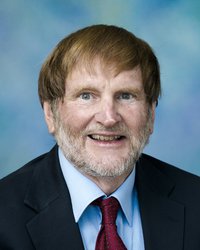 In "The race in the fields: Imports, machines and migrants," Martin discusses how the slowdown in unauthorized Mexico–U.S. migration has set off a race in U.S. agriculture between rising imports, more machines, and foreign guest workers.

In "Employment and earnings of California farmworkers in 2015," by Martin, Brandon Hooker, and Marc Stockton, the abstract states: The average employment of hired workers in California agriculture (NAICS 11) rose over 10 percent between 2005 and 2015, when some 16,400 agricultural establishments hired an average 421,300 workers who were paid a total of $12.8 billion, which was 27 percent of the state's 447 billion in farm sales. This means that a full-time equivalent (FTE) employee would earn $30,300, implying an hourly wage of $14.55 for 2,080 hours of work. We extracted all Social Security numbers reported by California agricultural establishments and found that the average annual pay received by the 848,000 workers who had at least one job on California farms was $20,500 in 2015, two-thirds of the average annual wage of an FTE worker, reflecting some combination of lower wages and less than full-year work.