Bulat Gafarov and Colleagues in Journal of Econometrics with Paper: “Delta-method Inference for a Class of Set-identified SVARs” 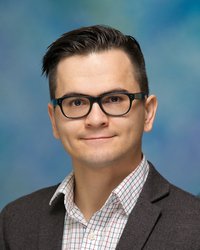 Bulat and co-authors Matthias Meier (University of Mannheim) and José Luis Montiel Olea (Columbia University) have developed a new statistical method to quantify uncertainty in the response of a given time series (such as gross domestic product) to an unexpected disruption (such as an intervention by the Federal Reserve in the long-term treasury bond market). The method makes it possible to quantify both uncertainty coming from the limited number of statistical observations and our ignorance about the specific instant reaction (or lack of it) of the time series to the shock. The method only assumes a direction, positive or negative, of this reaction. The existing methods either underestimate ignorance about the true mechanism or over-estimate the statistical uncertainty. The authors prove mathematically and show in simulations that their method properly accounts for both sources. They provide a software implementation of the technique that takes only a fraction of time of the alternative approaches. They use their results to assess the effects of the announcement of the Quantitative Easing program in August 2010.