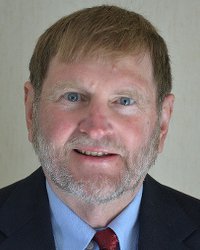 Philip Martin, professor emeritus of the UC Davis Department of Agricultural and Resource Economics, is quoted in an article in the The Economist about why farm-worker migration is booming in rich countries worldwide.

The article states that in 2013, the federal government allowed U.S. farmers to fill 99,000 jobs with temporary foreign workers. This year, it's closer to 240,000, with a Republican-sponsored bill aiming to raise the limit to 450,000 annually and allow foreign workers to stay for up to three years. "Seasonal agricultural labour has become a big exception to the rule of ever-tightening borders and ever-harsher anti-migrant rhetoric in rich countries," the article states.

The article includes comments on how locals seem to think about migrant workers: "Foreign workers are self-regulating, points out Philip Martin, who studies migrant labour at the University of California, Davis," the article states. "Because there are usually more willing migrants than farm jobs, and because workers tend to be hired in groups, they have a strong incentive to behave impeccably and ensure that others do, too."