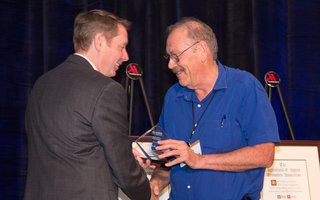 How much has food abundance, attributable to U.S. public agricultural R&D, contributed to high and rising U.S. obesity rates? This paper investigates the effects of public investment in agricultural R&D on food prices, per capita calorie consumption, adult body weight, obesity, public healthcare expenditures related to obesity, and consumer welfare. The authors find that a 10% increase in the stream of annual U.S. public investment in agricultural R&D in the latter half of the twentieth century would have caused a modest increase in the average daily calorie consumption of American adults, resulting in small increases in public healthcare expenditures related to obesity. On the other hand, such an increase in spending would have generated very substantial consumer benefits, and net national benefits, given the very large benefit-cost ratios for agricultural R&D. This implies that current policy objectives of revising agricultural R&D priorities to pursue obesity objectives are likely to be comparatively unproductive and socially wasteful. Moreover, R&D lags of decades mean that such an approach would be totally ineffective in the immediate horizon.

Julian is a distinguished professor in the Department of Agricultural and Resource Economics (ARE) at the University of California, Davis. Joanna is a research economist with Precision Health Economics LLC in Oakland. Abigail is an economist with the United States Department of Agriculture (USDA) Economic Research Service in Washington, D.C. Joanna and Abigail received their doctoral degrees from UC Davis ARE.