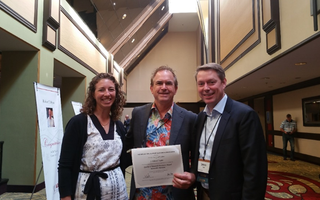 The study found that the agricultural labor supply from rural Mexico, the main source of hired farmworkers for the United States, is decreasing at a rate of approximately 150,000 workers per year. These findings explain a sharp rise in U.S. farm wages. Growth in Mexico’s non-farm economy, a falling birth rate, and an increase in rural education are accelerating rural Mexicans’ shift out of farm work. Higher U.S. farm wages and increased border enforcement slow the transition, but the combined impact of these offsetting variables is relatively small. In the future, U.S. and Mexican farmers will compete for a dwindling supply of farm workers from rural Mexico, and immigration will no longer be a solution to the U.S. farm labor problem. Labor saving technological change will be the key to producing more food with fewer workers. The study used panel econometric methods to analyze 154,766 person-years of nationally representative data spanning 31 years.