In Memoriam: Rich DeMoura, Co-author of Hundreds of UCCE Cost and Return Studies 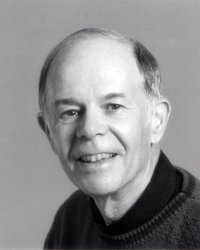 Richard ("Rich") Lee De Moura was born on July 18, 1939, in Merced and raised in Chowchilla. From his earliest days, he loved agriculture. He lived on a dairy farm where he would wake up every morning before the sun would rise to milk the cows. He studied Plant Science at Fresno State where he obtained his B.S. in 1963. Upon graduation, he moved to Davis and began working for the University as a Plant Breeder in the Department of Agronomy and Range Science under Dr. Francis Smith.

In 1983, Rich obtained his M.S. in Agronomy. His thesis was on the Temporal and Spatial Effects of Flowering on Seed Yield in Common Bean (Phaseolus vulgaris L.). He eventually left the University, but returned in 2001 as a Staff Research Associate in the Cost and Return Studies Project where he remained until he retired in 2014 after almost 38 years with the University. He loved the work he did and the people he worked with. He was extremely proud to be part of the Department of Agricultural and Resource Economics and to work for Karen Klonsky.

In 1974, Rich met Phyllis, a teacher, and they married on July 24, 1976. They were married 41 years and had two children: Caryn and Matthew. Both attended UCD as undergraduates and Caryn also obtained her M.S. in Agricultural and Resource Economics from UCD. They were familiar faces around the Department and could often be found in Rich's office while they were students here.

Rich enjoyed the simple pleasures of life. Life simply brought him joy and he made sure to live every moment of it. He was a kind and happy person who always had a smile on his face and a kind word to say. While he loved agriculture and his work, his greatest love was his family: Phyllis, Caryn, and Matthew. After Rich retired, they spent every day together and were by his side when he peacefully passed away at home on July 21, 2017.

Rich was a true joy and he is sorely missed.