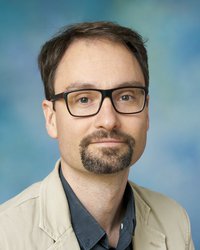 Graduate student Matthew Gammans, Professor Pierre Mérel, and Cornell economist Ariel Ortiz-Bobea studied 65 years of wheat and barley yield data from France. Their new statistical model suggests climate change will cause declines in cereal yields by the end of the century. Wheat and barley yields could decline by 17 to 33 percent. Under this model, technological improvements may still help yields by lessening the rate of decline.

In several world regions, climate change is predicted to negatively affect crop productivity. The recent statistical yield literature emphasizes the importance of flexibly accounting for the distribution of growing-season temperature to better represent the effects of warming on crop yields. We estimate a flexible statistical yield model using a long panel from France to investigate the impacts of temperature and precipitation changes on wheat and barley yields. Winter varieties appear sensitive to extreme cold after planting. All yields respond negatively to an increase in spring–summer temperatures and are a decreasing function of precipitation about historical precipitation levels. Crop yields are predicted to be negatively affected by climate change under a wide range of climate models and emissions scenarios. Under warming scenario RCP8.5 and holding growing areas and technology constant, our model ensemble predicts a 21.0% decline in winter wheat yield, a 17.3% decline in winter barley yield, and a 33.6% decline in spring barley yield by the end of the century. Uncertainty from climate projections dominates uncertainty from the statistical model. Finally, our model predicts that continuing technology trends would counterbalance most of the effects of climate change.