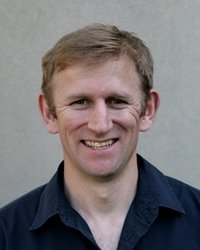 Professor Aaron Smith appeared on CNN's "Your Bottom Line" on August 10, 2012 to debate Tom Buis, the CEO of the Growth Energy, an ethanol advocacy group. Their debate focused on the U.S. government's renewable fuel standards, which allocate a portion of our nation's corn crop to ethanol. With corn yields diminished due to the drought in the Midwest, both domestic and global food prices have risen. Professor Smith and Mr. Buis discuss whether corn should continue to go toward ethanol production, or whether more corn should go into food and livestock production to help offset rising food prices. Buis claims that only 16% of corn is used for ethanol, thus the fuel standards do not have a large effect on food prices. Smith explains that actually about 25% of corn is used for ethanol production, a substantial amount of our corn crop.