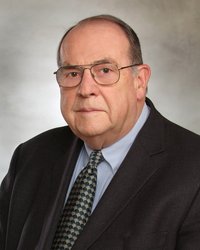 At the World Bank, McCalla led extensive efforts to enhance agriculture in the developing world and to revitalize the bank\'s loan portfolio. McCalla, an expert in international trade, also played a key role in shaping policy to diminish protectionist trade barriers in the West &mdash; thus permitting more imports from developing countries. McCalla continued his service developing economies by way of several consulting assignments, including the development of a long-term financing strategy for the Consultative Group in International Agricultural Research, strategy on rural development in Bangladesh, research on food security and trade in Sub-Saharan Africa, and strategy for food security in North Africa and the Middle East. In addition to his extensive work in Washington D.C. and abroad, McCalla has continued to communicate with his professional peers through scholarly outlets, including journals, books and monographs.

Since his retirement from the Bank in 1999, McCalla returned to UC Davis, teaching extensively &mdash; from an introductory course on agriculture to graduate teaching in international trade &mdash; and taking on special assignments. As an emeritus professor, he has continued to teach, mentor, consult and publish, and his contributions are widely known and acclaimed in the international arena.